The Spy who Knew Next to Nothing: How ... Became The World`s Most Important Accidental Secret Agent

After being inadvertently recruited into a secretive high priority mission, ... saves the world financial system from assured destruction. 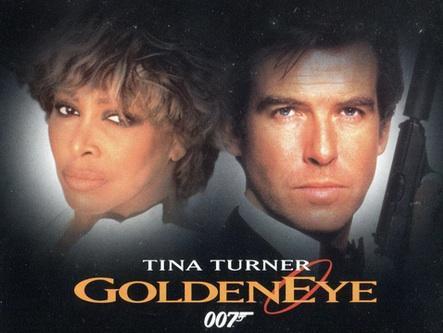 Having your mail delivered to the wrong address is something that most, if not all of us have had happen. Most of us can also relate to receiving a piece of mail that wasn’t addressed to us. Nevertheless, it is hard to imagine anyone other than Mr. ... receiving an important couriered message intended for someone else and becoming transformed into a real life secret agent overnight.

Had he known the message was intended for someone else, Mr. ... says he never would have opened the large envelope marked only as ‘Urgent’. The contents of this envelope were marked ‘For Your Eyes Only’, a top secret brief delivered by MI6: “At first I believed it was a joke or a spam, but as I read on I realized something was wrong. It became clear that the contents of the brief were in fact authentic. Although this operation was definitely not intended for me, the outlined mission was far too important to be tossed into my junk mail recycling.” The ‘mission’ Mr. ... speaks of has still not been revealed to the public at large, but several sources commenting on the condition of anonymity assert that it was a covert intelligence gathering operation that government officials had authorized to track a high priority fugitive from Europe. It is widely believed that ... was connected to series of death-defying events throughout the city, culminating in a street market motorcycle chase, hand-to-hand combat atop a moving train, and the use of high-tech gadgetry to defuse a large explosive device positioned to destroy the world financial system.

While the details of just how Mr. ... arrived on the scene and what actions he took appear to be murky, one thing that we can report with certainty is that he will be escorted to London for an unofficial debriefing and receive official commendation from a high ranking member of the Royal family. As expected, officials at MI6 remain mum other than to extend their thanks for a job well done: “We will not be commenting on Mr. ...’s honorary rank within our organization other than to say that he displayed the bravery, meticulousness, ability and valour that we have come to expect from each and every agent under our command”. The scheduled liaison with a Royal has much of the British news media abuzz with excitement, as ... is one of very few ordinary citizens to be not only granted, but personally invited to, a private audience.

Back home, several agencies tied to the Department of Homeland Security say that they plan on evaluating their reports of the situation to see what information their agents can gain from the incredible feats carried out by ...: “Clearly anytime there is an opportunity to learn new tactical methods to do our job better we have to pay attention. Mr. ...’s actions prove that an ordinary citizen with no extraordinary training can effectively find ways to solve major problems in our field. We would like to learn his methods so our agents can be best equipped to handle whatever comes their way”.

For his part, ... has also remained silent about what transpired, saying only that he was grateful that the package he received contained well-researched intelligence information: “I only did what I did because I had precise information upon which improvise a no-risk-is-too-great operational strategy. Failure was not an option.”