... Claims to Have Been Abducted by Aliens – Again

If you’re ..., being abducted by aliens is a perfectly routine affair, like a grocery run or a walk in the park. ... says he’s been abducted so many times that he has now lost count. 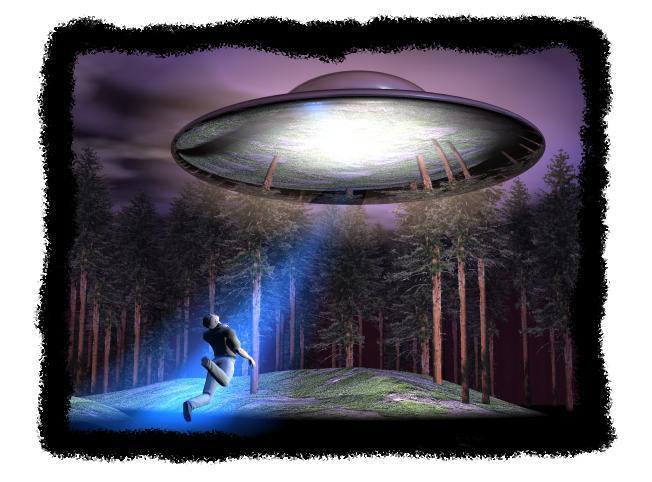 If you’re ..., being abducted by aliens is a perfectly routine affair, like a grocery run or a walk in the park. ... says he’s been abducted so many times that he has now lost count.

... was at a crossing, and then the next thing he could remember was finding himself outside the city in a non-descript abandoned warehouse. He had no idea how he got from the crossing near his home to the warehouse on the edge of the city. The scariest part, says ..., was that the fuel gauge and odometer showed no change, even though the warehouse was a long drive from the crossing.

Afterwards, ... found tiny puncture marks and impressions of different sizes and shapes all over his body, which he asserts is evidence of having been prodded with needles and other intrusive instruments. Ever since that day, ... has had dreams and nightmares about being abducted and taken to alien spacecraft.

... did some research and found plenty of other people with similar experiences. According to ..., it’s hard to separate the crazy weirdos and conspiracy theorists from people with authentic alien abduction experiences, but ... has managed to locate a few of such abductees through a local support group.

It was through this support group that ... discovered that the dreams and nightmares he had been having were actually follow-up abductions. He explained that abductees don’t often realize what has happened to them because the aliens only kidnap them while they’re asleep, making the whole experience seem like a dream.

After years of therapy in his support group, ... felt brave enough to volunteer to become live bait for the aliens. He returned to the spot of the original incident while his support group members kept covert video surveillance, hoping to capture indisputable proof of the existence of aliens and their nefarious nocturnal activities.

Members of the support group had brought along food for an all-night vigil, and waited in a car for what they hoped would be the world’s first recorded video of an alien abduction. To their disappointment, the aliens left ... alone that night. Instead, they found that themselves had been abducted, waking up the next morning in the same warehouse where ... had woken up that day 10 years ago. They had puncture marks and impressions all over, but returned empty handed–-all of their video files had been erased.