The good, bad and ugly aspects of Scientology were brought out of the shadows and into the spotlight when ... filed a lawsuit seeking a refund of tens of thousands of dollars he had paid to the Church of Scientology. 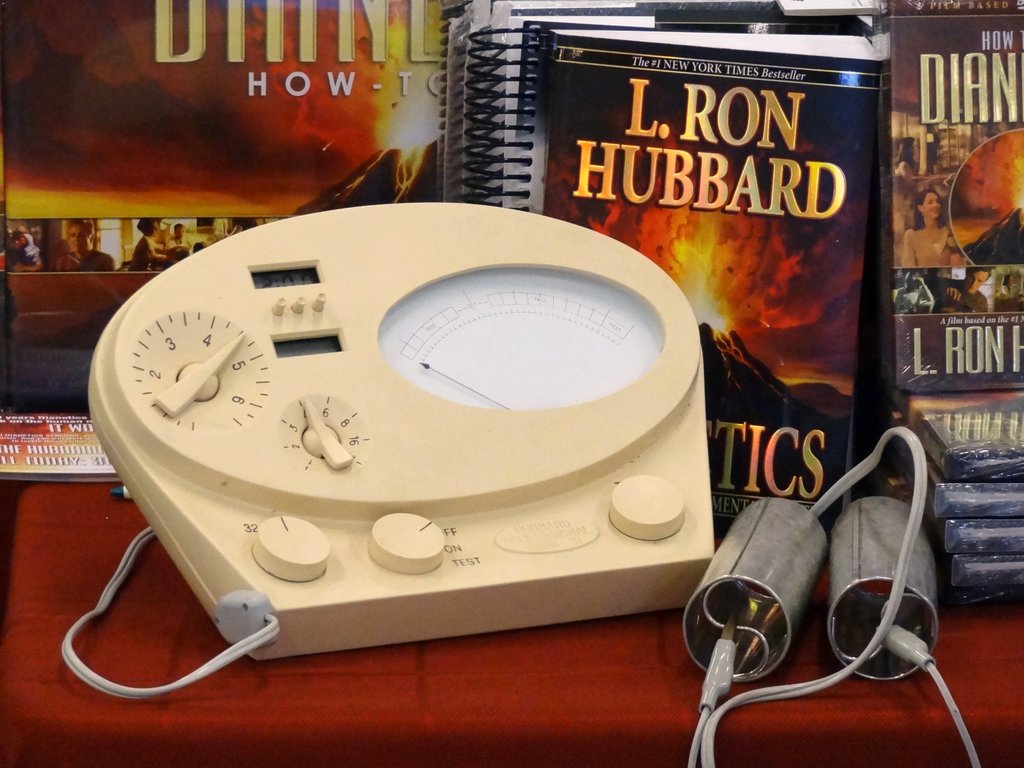 The good, bad and ugly aspects of Scientology were brought out of the shadows and into the spotlight when ... filed a lawsuit seeking a refund of tens of thousands of dollars he had paid to the Church of Scientology.

Scientology's legitimacy remains controversial, with opinions divided over whether or not it is a religion or a cult, and whether people who swear by it are motivated by faith or have simply been conned into believing and doing things which would otherwise be considered acts of derangement. But the fact of the matter remains that Scientology has millions of believers and followers around the world, including celebrities like John Travolta and Tom Cruise. It’s now more of a lifestyle statement and a retreat getaway from the drudgery of daily life, perfectly suited for uncritical lost souls searching for deeper meaning in their aimless lives. “I really thought Scientology would provide me with the answers I needed to life’s deepest questions” ... recalls.

Of course, Top Gun Maverick didn’t do himself or Scientology any favors by jumping up and down on Oprah’s couch. It only added to the perception that Scientology brainwashes people and drives them cuckoo. The South Park episode didn’t help either, effectively making Xenu as famous as Britney Spears. Nevertheless, the general public remains relatively unaware of the beliefs and practices of the Church of Scientology. Thanks to ..., all the dirty details have now spilled out into public view.

...’s case centers around an electronic gizmo called the E-meter, which features two contacts the user holds while a trained auditor ostensibly measures a user’s mental energy and stress response. This Hubbard Electrometer (it’s not actually an electrometer) measures the body’s resistance to electricity. “I saw that little needle on the E-meter’s gauge fluctuate and I assumed it was providing invaluable biofeedback for evaluating my mental mass and psychic state. I was your typical pre-clear, eager to elevate my consciousness through a blind adherence to pseudoscience” recalls ....

The E-meter reading is supposed to tell the Scientology Church authorities whether an individual is under mental distress. If so, they can prescribe vitamins and techniques to help believers transcend past traumas and unlock their full potential. Scientologists use the E-meter to sell all kinds of products worth tens of thousands of dollars to newbie members who have just joined or may be planning to join the Church of Scientology. The main point of contention in ...’s lawsuit was this E-meter. He claimed he had been brainwashed into believing the E-meter results, and the Scientology officials had then proceeded to fleece his out of a small fortune.

While the court didn’t ban practice of the Scientology, the Church has suffered a major setback as ...’s lawsuit ended up forcing the Church to pay back huge sums of money to ... and others who have piggybacked their own complaints onto the ... lawsuit.

Now the church won’t strip you out of your fortune if you go looking for a lifestyle change and end up as a disciple of founder Ron L. Hubbard. You do, however, still have to believe in the existence of Xenu, the tyrant who ruled a galactic confederacy and brought people to earth 75 million years ago in a spacecraft and threw them into volcanoes. Hubbard was a science-fiction writer who morphed into the founder of a religion somewhere along the way, making it challenging for rational individuals to tell where the science fiction ends and the religion begins. Reflecting on the incident, ... has a new outlook on Scientology E-meters. “I actually now think of E-meters as extremely precise tools. While they might not measure ‘mental mass’ or fruitfully guide the auditing process, they are extremely useful BS meters capable of gauging an individual's gullibility with a remarkable degree of accuracy.”