Claustrogasmic Episode! ... Gets PTSD After Cramming into an Elevator Full of Cheerleaders

... had a life-altering experience when he squeezed into a lift already full of cheerleaders. 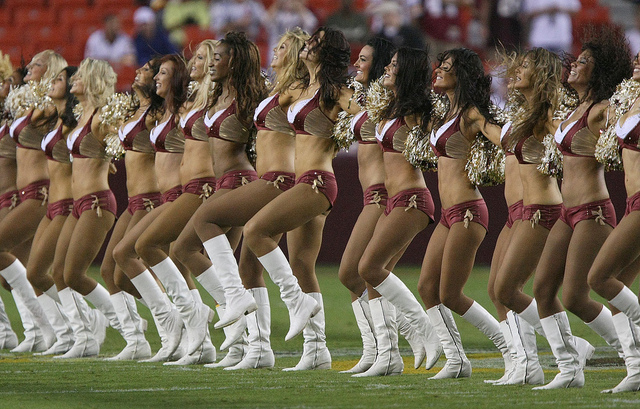 ... had a life-altering experience when he squeezed into a lift already full of cheerleaders.

He was about to return home after visiting a friend near a university, and was waiting for the lift on the fourth floor. The lift doors opened, and ... saw it was already overflowing with an entire team of school cheerleaders.

“I could have waited for the next one, but I was already late so I tried to push in,” said .... “It was one of those fateful decisions that you look back on and wonder how different your life could have been.”

The cheerleaders, more than two dozen of them, started performing all sorts of contortionist tricks to make space for .... He finally managed to get in, and the lift doors closed and it started descending. But now the little space left free near the buttons was also filled, and one of the cheerleaders was pushing against the buttons.

The lift went haywire and the safeguards kicked in. The emergency brakes brought the lift to a screeching halt and the power got cut. The cheerleaders were now screaming in fear at the top of their lungs, and they do have extraordinary shouting and screaming talents.

... tried to calm things down, but they were already in the first stages of what would become a complete meltdown. Screaming didn’t seem to be working, so they started whipping out their phones to call for help. Two dozen phones were now being used in the close confines of a lift, and no one could hear anything. It was absolute chaos, and about to get a whole lot worse.

Hundreds of fellow students were called, as well as teachers, campus cops, the principal and the university staff. 911 calls poured in, and police and emergency responders from all over the city were now racing to the university.

Meanwhile, things were getting heated up inside the lift as well. With so many people packed in and no air-conditioning, the whole troop of cheerleaders was soaked in sweat. They started taking off all their clothes, and tempers started flaring.

What happened next is unclear, but ... says he’s just as much a victim as anyone else in that lift. “Those animals ganged up and ripped me apart,” says .... “The police have what’s left of my torn clothes as evidence, but nobody wants to blame the cheerleaders.”

When the firemen finally pried open the doors of the lift, the spectacle they saw was unbelievable. ... and half the cheerleaders lay unconscious in varying states of undress. Some had fainted from the heat and stress, while others including ... had been knocked out.

... and the cheerleaders spent the night in the hospital, and were released the next day with minor cuts and bruises. The mental damage, however, was far more severe.

The university’s cheerleader squad was decimated, having failed to coalesce as a team after finding themselves in a jam. The team had to be rebuilt from scratch. As for ..., he’s been screwed in more ways than one.

“A team of doctors and my psychiatrist diagnosed me and said I had PTSD, claustrophobia and a whole bunch of other symptoms which make me scream every time pass by a lift. To this day, every time I cross paths with a scantily clad cheerleader, I manifest re-experiencing symptoms and become hyperaroused” laments ....