... was your everyday nobody, toiling fruitlessly away at life, until he ended up in the hospital as a guinea pig for specialist doctors trying a bold experimental intervention. 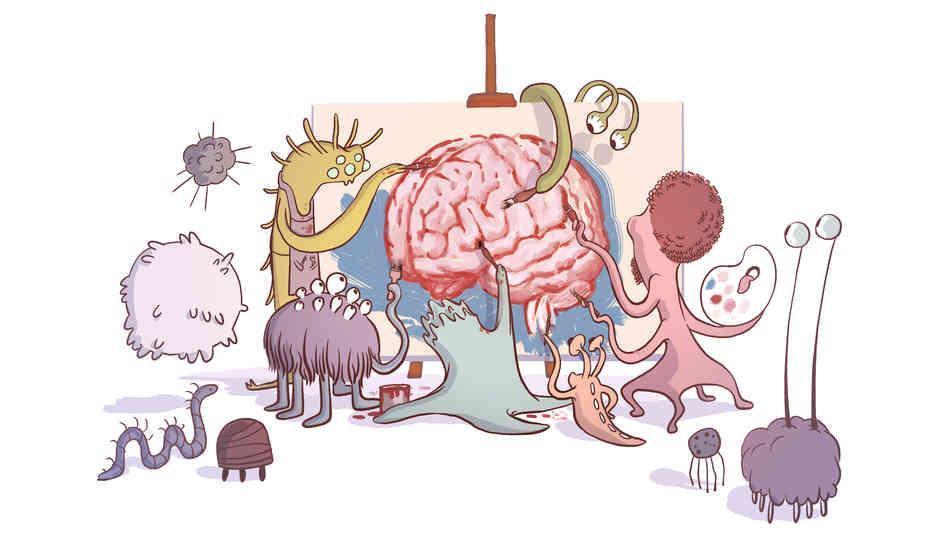 ... was your everyday nobody, toiling fruitlessly away at life, until he ended up in the hospital as a guinea pig for specialist doctors trying a bold experimental intervention.

... had developed a severe case sleep-deprivation, one of the worst doctors had seen. ... couldn’t sleep at all, and was more miserable than a flea-ridden dog. Doctors tried curing him of what they assumed was insomnia, but then found it wasn’t anything as simple as that.

Tests revealed that ...’s brain’s functioning was abnormal and could not translate requests from his retinas asking for some shuteye bliss. Instead of snoozing, his brain was working overtime. “I was walking around like a zombie and didn’t even know it because my brain didn’t feel my body’s tiredness,” said ....

Ultimately, neurologists at the hospital determined that some bacteria in his brain were impeding necessary functions including the need to sleep. The immune system usually gets rid of these bacteria, but ...’s immune system wasn’t being activated by his sleep-deprived brain.

The clock was ticking, and the doctors had to get his brain to sleep soon or it would die and leave him a vegetable. That’s when a couple of the specialists decided it was time to do something desperate that no one had ever done before. They decided to deposit more bacteria directly into his brain through a fecal brain injection.

The idea was to activate the immune system to fight back against bowel bacteria, because this response is the strongest one the body has. The battalion of immune corps in the bowels successfully fights back against all kinds of unpleasant invasions, and it’s always ready to pick up a fight – it doesn’t need General Brain to order it into battle. ... readily agreed to the risky procedure, “I have spent my life pretty accustomed to having all sorts of crap on my mind. I figured I could handle it.”

What would happen if bowel bacteria were injected into the brain was not known, but it was worth a shot because ... was running out of options. What happened next was nothing short of a miracle.

The bowel immune corps got wind of their sworn enemy hanging out in the brain, and began marching into battle. They began massacring all of the bacteria they found. It was a bloodbath - no prisoners were taken, and they emerged victorious after ridding ...’s brain of the bacteria that were choking off its vital functions. “For a while, it felt like I had just had a massive brainfart. Within a few hours, I was snoring away to glory in my hospital bed. I slept like a baby,” says ....

Now this would have been a great victory for ..., the hospital and the two specialists who did it, except that their egos got in the way. They had to crow and show off their genius to everyone in the medical community, and so they published the case and their findings in a medical journal.

Now their license to practice medicine has been revoked for breach of ethics and deliberately injecting a human being with harmful bacteria. The hospital is also being investigated for breaking federal laws about using their patients as guinea pigs for medical tests. The scandal has scared off other specialists who also wanted to send the bowel’s immune corps marching all over the body, so ... is still the only one whose brain has been saved in this way. ... remains grateful for the bold risks the doctors took to save his life. “People need to get their heads out of their asses and recognize these doctors for what they truly are: heroes.”