Replycalypse! ... Demonstrates the Perils of Clicking Send Before Thinking

... proved that you need to think twice before clicking send after undergoing a rather public humiliation during an episode the internet has termed Replycalpyse. 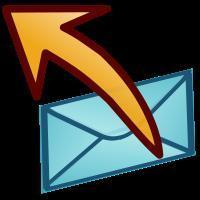 ... proved that you need to think twice before clicking send after undergoing a rather public humiliation during an episode the internet has termed Replycalpyse.

When ... received an email from his bank about his savings plan, he wasn’t sure what to do and decided to ask his mom. The bank’s outdated mail server allowed recipients to respond to everyone on the list, and instead of clicking the “Forward” button, ... had accidently clicked “Reply all,” meaning he was responding to some 40,000 or so emails on the bank’s subscription list.

Now there were 40,000 strangers who saw ...’s email in their inbox, asking them “Hi mom. What do you think I should do about this?” A few people replied back, some suggesting an answer to his question, some offering snarky replies, and others noting that he may have got the wrong person since they didn’t know him.

It was an honest mistake up to this point, and ... would have come out of it none the worse if he had only stopped digging. “Instead, I just took a shovel and dug myself an even deeper hole. My response to my initial thoughtless mistake was, in retrospect, equally thoughtless.” says ....

... followed up with another email sent to all 40,000 fellow customers explaining the whole thing. He mentioned he had intended for the email to be forwarded to his loving mother, who he continues to trust and rely on for financial advice and life guidance, but had accidently fired the bank notice off to countless members whom he had never met. The letter included the line: “I would also like to extend my deepest gratitude to the many faceless members who took the time to so thoughtfully respond to my mistaken reply with prudent financial insights and retirement strategies.” ... signed the email: “Humbly yours, ... (your fellow bank customer)”

That really got the ball rolling, because people can be very, very cruel when it comes to “fails” on the Internet. All kinds of wisecracks and sarcastic replies started pouring in, addressed to all 40,000 people on the list. This was now a huge joke thread, with additional jokes flying around to 40,000 people every few minutes. The subject of all this mirth and hilarity was ..., and he was helpless to stop it because he was the one who had started it and had no control over the bank’s mail server.

Not everyone was having fun, though. Many of the recipients on the list were quite annoyed at having their inbox flooded with official bank emails filled with juvenile humor. In a desperate attempt to fix the system he had broken, ... sent off another missive. “People could you please stop pressing the reply to all button? Thanks a lot.”

Since this was also sent as a reply to all, it triggered off another round of hilarious emails going back and forth, making fun of ... for trying to stop the replycalypse. ... gave up and waved the white flag. He shut down his computer, curled up into a ball and tried to pretend that what he had done was all a bad nightmare.

When the bank’s IT guys arrived at work in the morning, they were aghast to see all the damage that had been done. The mail server was taken offline and switched back on only after they had fixed the flaw.

The bank tried to bill ... for the enormous usage of bandwidth during that unholy night, but ... refused, claiming it was an honest mistake and partly the bank’s fault. ... still has his savings account but has been taken off the mailing list, and no longer asks his mom's advice by email.