Just Shoot Me Now! ... in Trouble For Shooting Cow While Trying to Rescue It

The life of do-gooders is never easy, because no good deed goes unpunished. ... found this out the hard way when he ended up having to shoot a cow he was trying to save, and was rewarded for his efforts with a criminal complaint of animal cruelty. 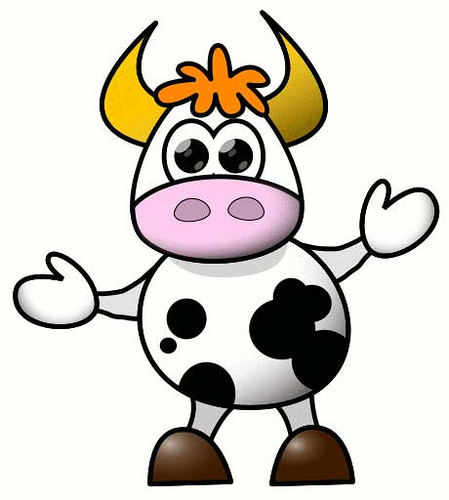 The life of do-gooders is never easy, because no good deed goes unpunished. ... found this out the hard way when he ended up having to shoot a cow he was trying to save, and was rewarded for his efforts with a criminal complaint of animal cruelty.

The incident began when a cow being loaded on a ferry for transportation jumped into the water instead. The terrified cow tried to swim ashore, but faced a tall embankment and waves crashing into the rocks that made it impossible for it to climb up and reach dry land.

“It was like an episode on National Geographic where the migrating Wildebeest are desperately trying to swim across the Mara River and claw at the wet mud trying to get out of the water,” said ....

The only difference here was that the wildebeest was a cow, and the crocs in the water were story-hungry local news crews and equally dangerous do-gooders like .... The cow falling into the harbor was a big story, and had attracted all the usual suspects including the police, animal rights groups and media vultures.

... was already on the scene and trying to help the cow back toward dry land when the coast guard showed up, along with a vet, zoo staff, the media, animal groups and other curious onlookers. “You can bring a horse to water, but just try to bring a cow onto dry land” said .... The harbor was shut down, and ships and boats were piling up offshore. Workers on the docks were idle, and the huge crowd of onlookers was blocking traffic along the shore. In other words, it was a complete mess and the only way to get it sorted out was to get the cow out of the water.

Every time the response team tried to push or prod the cow towards land, it would panic and go further out into the water. They got a net and tried to snag it like a big fish, but the cow was too strong for it and managed to break free. After the net, the cow wouldn’t let anyone come close, and attacked coast guard cowboys who tried to come close enough to lasso it.

They were already more than five hours into this drama, and the cow was looking increasingly battered. It was injured from its repeated attempts to scale the rocky embankment and also from the hours of bungled rescue attempts. The heart-rending moos of the scared cow were pure agony for .... It was obvious the animal was suffering badly and there was no way to save it. “I decided then and there to end its suffering,” said .... “Looking back on it, maybe I was too impulsive and should not have elected myself to act as an angel of mercy. Sometimes you see something that just drives you to action.”

But the deed was done, and there was no taking it back. ... had taken a coast guard agent’s gun and placed a single fatal shot through the cow’s heart. The hundreds of people watching and taking pictures and videos were stunned and shocked and horrified. Everybody was expecting another rescue attempt, and no one had even discussed euthanizing the animal.

What happened next is pretty much predictable. ...’s attempt to put the cow out of its misery brought on its own share of miseries. The animal rights activists started verbally assaulting ..., and the media immediately labeled ... as the drowning cow murderer. The police took him into custody and charged him with animal cruelty. ... was sentenced to hundreds of hours of community service – working on a prison farm milking cows, putting out the feed and picking up cowpies.