A One-Way Ticket to Disappointment: How Not buying a Lottery Ticket Ruined ...’s Life

A few lucky people find their lives changed forever when they buy the winning lottery ticket, but it was quite the opposite for .... Not buying the winning ticket has transformed his life into a living hell, and this is a story of how he has found himself drowning in a sea of daily regret. 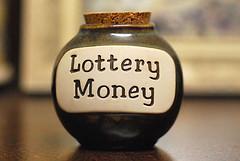 A few lucky people find their lives changed forever when they buy the winning lottery ticket, but it was quite the opposite for .... Not buying the winning ticket has transformed his life into a living hell, and this is a story of how he has found himself drowning in a sea of daily regret.

... had for a long time made peace with his mundane existence. “From an early age I had reconciled myself to the fact that my life would involve work, compromise, modest hard-won successes and unexpected setbacks. I had made peace with the fact that my time on earth would be humble, unextraordinary, and filled with outcomes that were more or less commensurate with my efforts.” To put it simply, ... had shielded himself from disappointment through expectation management. In his own words, he had learned to “dream small.”

This measured approach had enabled ... to sustain a fair amount contentment with his mediocre lot in life. Whatever sense of fulfillment ... had achieved came crashing down after a group of friends decided to chip in and pool their funds to buy a run of lottery tickets for the mega-powerball, a drawing which had ballooned to 650 million dollars. If they won, it would mean tens of millions of dollars for each of them, making the price that each one had to pay seem negligible by comparison.

Many of ...’s friends bought-in on the tickets, with only ... sitting out. Sticking to his principles, ... reasoned that it was better not to entertain such wishful thinking and to remain happy with what he had, rather than coveting what he did not. “I told them all they were chasing a desperate fantasy, sustained only by the most mathematically improbable odds. I set myself apart as a smug example of someone who refused to be deluded by empty promises of easy riches,” adding ruefully, “I was a complete idiot.”

In a mercilessly cruel twist of fate, the lottery pool produced a winning number. ...’s friends were now incredibly rich, with tens of millions of dollars each, leading all of them to promptly quit their jobs. In no time at all ... began receiving regular picture updates from his friend’s jet-setting exploits, with heartless comments like “wish you were here”, “how is working for a living treating you?”, and “don’t worry ..., I’m sure they’ll draw your winning numbers next time.”

Even without his friends rubbing salt in his wounds, ... spends most of his waking moments wondering what might have been. “It’s hard not to see my life as a permanent state of failure. I used to nurture my small dreams with a sense that hard work would pay off in the long run and that believing in luck was for the lazy.” Now, almost nothing can draw ... out of crushing despair at the unfairness of it all.
“Seeing my friends strike it rich has made me a wiser man, enabling me to finally see success as a binary. There are winners and losers; my friends are the winners and I am the loser.”