Millions of people, including ..., fervently believed that the world was to end on Dec 21st because it was the last day on the Mayan Calendar. 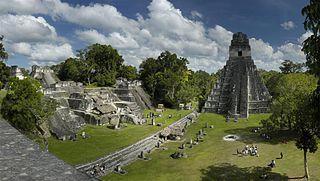 Millions of people, including ..., fervently believed that the world was to end on Dec 21st because it was the last day on the Mayan Calendar. ... and his fellow end-of-days believers entered into suicide pacts because they thought they should go down on their own terms rather than being taken out by an ancient Mayan God who had not learned to count beyond 13 baktuns.

It may seem ludicrous now, but hindsight has always made it easier to discount such apocalyptic visions. Humans are deeply conditioned to respect tradition and have a mystical awe for ancient predictions, scrolls and wisdom handed down over the generations. Before Dec 21st, there was genuine worldwide panic that the world would end in a Mesoamerican-styled cataclysm. ... reflects on his own once ardent fervor, “It’s easy to laugh about it now, but it seemed so real at the time. I was racing through my bucket list as the end date approached, greeting every day with a mingled sense of cosmic insignificance, divine retribution, and a reckless get-it-while-you-can attitude.”

The end-of-days was predicted by the Mayans, the great cosmologists and calendar-makers of ancient civilization. According to the hand-me-down wisdom passed on by the Mayan priests, their Gods had created three failed worlds that tanked or malfunctioned after a period of 13 baktuns (5,125 years).

The Gods apparently learned little from their experimentation, and ended up putting humanity in the fourth world even though it was doomed to failure like the three worlds before it. This one too would go belly-up after 13 baktuns, so the Mayans didn’t see any point in creating calendars that could be used beyond this inevitable Armageddon, slated for 5,125 years from the beginning of time.

It’s a convincing and plausible theory if you believe in this hokum, especially when you’re looking at it from a point in time before Dec 21st. So ... and millions of people all over the world began preparing for the apocalypse, each in their own way. Some bought or built underground bunkers and stored supplies, others started living out their bucket lists because time was short, while yet others like ... came to the conclusion that resistance would be futile.

Having accepted the fact that the world would soon come to an end, ... started searching for some like-minded people with whom he could share his last moments on the planet. Thanks to the internet, he easily found an instant community of nutjobs and paranoid conspiracy theorists, but the one that appealed to him most was a group that advocated taking control over the end of the world event by pulling the plug themselves.

Put simply, they wanted people to sign up for a suicide pact where everyone involved commits suicide at a designated time and date. “It seemed like a sensible idea at the time” he remembers. ... was so completely brainwashed by the Mayan Kool-aid that he agreed and started preparing for the end of his world a few hours before the calendar hit Dec 21st.

He couldn’t sleep for days as the clock ticked closer to Dec 21st, and was so completely exhausted on the night of Dec 20th that he fell asleep without realizing it. When he woke up, it was a bright and sunny morning on Dec 21st and the world was still turning. Self-doubt began to creep in, and he decided to check what was going on.

... visited his suicide pact’s online forum, which was understandably very quiet since all its members were presumably dead. Visiting some of the other sites he had been frequenting, ... re-examined a digitally enhanced version of the Mayan calendar that allowed him to take a microscopic view of the texts. To his surprise, the calendar contained information which showed that the world would not be ending for a few thousand years more. ... quickly posted the discovery:

“Oops! Sorry about that… Please go about your business. No apocalypse for now. Check back in two millenniums”

The whole incident and narrow brush with death woke up ... to the fact that this was all poppycock cooked up by people who were deluded, gullible or had nothing better to do. Fortunately, he is now fully in control of his own life and has rediscovered his capacity for enlightened skepticism. Looking back, ... has indeed come away with some hard-won wisdom: “In grocery shopping and in life, it is always good to double-check the expiration date.”