While generally known for his generosity in matters of food sharing politics, there are some crimes by which even ... cannot abide. 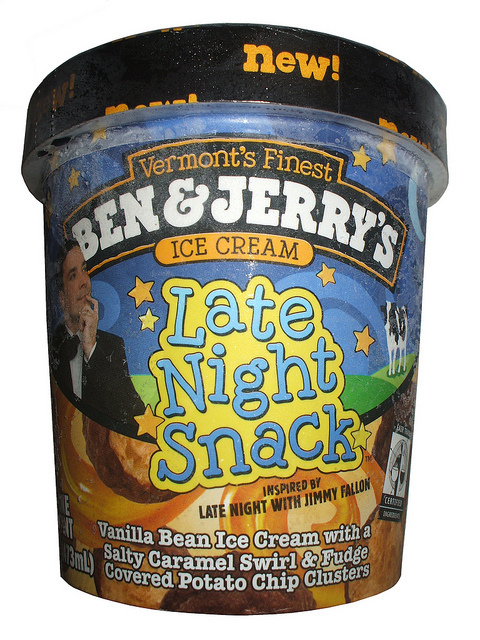 While generally known for his generosity in matters of food sharing politics, there are some crimes by which even ... cannot abide. Such a crime occurred sometime in the two-week span between when ... first placed a pint of his favorite Ben and Jerry’s ice-cream in the freezer, and when, after a particularly exhausting and stressful day, he returned to the freezer to find it missing. “I had only eaten three spoonfuls when I put it in the freezer. I had saved it in anticipation of a day as crappy as this one” adding, “now what am I supposed to treat myself to? Local stores are closed." ... underlined the point that it was a completely reasonable expectation that a barely eaten Ben & Jerry’s pint would remain safe in his freezer.

... has sworn to himself that this will remain an open case until the culprit is brought to justice. He has begun his investigation with forensic analysis of the spoons and bowls left in the sink, even peering into the trash can to look for hard evidence that might establish a more precise timeline surrounding the crime. So far, his independent research has generated a disappointing paucity of clues.

For ... the injustice is deeper than simply a question of taking food without asking. “Eating an entire pint of my favorite ice-cream is not equivalent to sharing milk from a carton or borrowing a few eggs. That ice-cream is for me to enjoy alone, in my darkest hours, when nothing else in this world can bring me pleasure or release," said an indignant .... "To rob me of that one respite is clearly an act of moral turpitude.” ... underlined the fact that the pint was practically unopened and was a flavor that he alone liked in order to indicate the truly brazen nature of the crime.

... has promised to continue pursuing the case until he gets answers. “Until this case is solved, I will hold everybody who has entered this home under suspicion.” ... has since taken to labelling his food in sharpie, and has privately contemplated ways to install a surveillance security system on his refrigerator.