When ... saddled up to his local 24 hour diner, all he wanted was a watered down cup of coffee and some greasy eggs and potatoes. 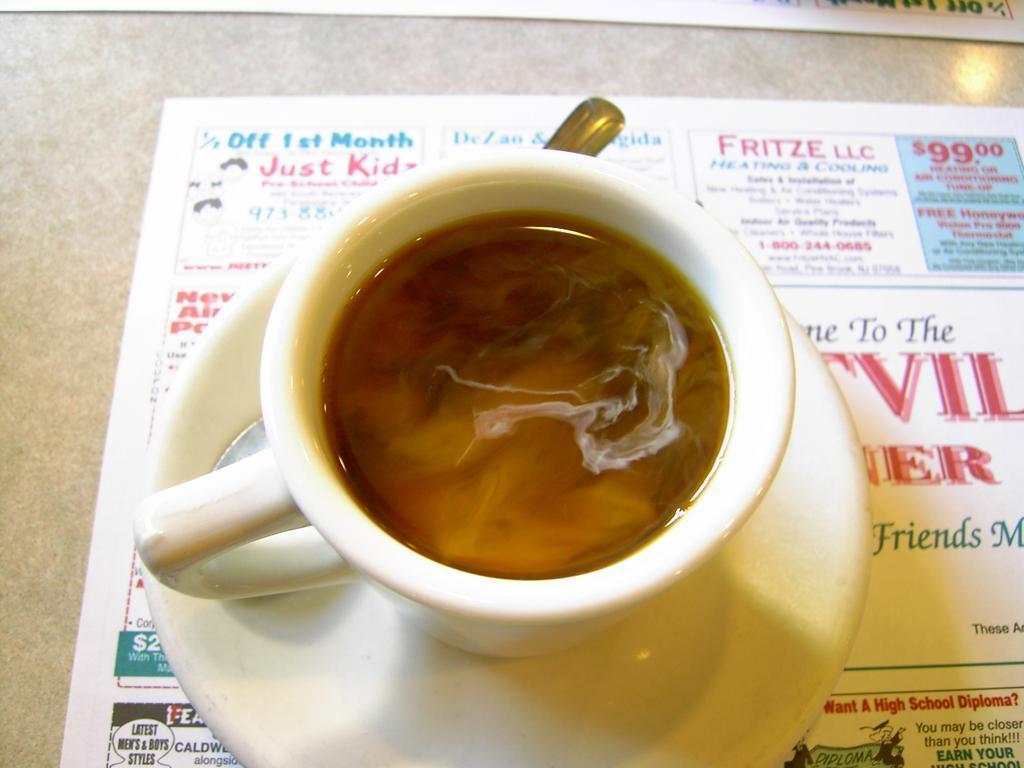 When ... saddled up to his local 24 hour diner, all he wanted was a watered down cup of coffee and some greasy eggs and potatoes. Half-awake and barely present underneath the diner’s harsh fluorescent lights, ... proceeded through his meal as though he were an automaton, chewing and swallowing while barely acknowledging either his waitress or the rest of the world around him.

It was in this somnolent state that ... made a careless mistake that led to a rude awakening. Reaching for what his muscle memory assumed to be sugar, he inadvertently deposited three shakes of salt into his mug of coffee.

When ... took his first sip, he instantly knew that something was amiss. “My tastebuds were assaulted by a truly unfortunate combination of flavors. I said to myself, something here is not right. This coffee tastes terrible”. He pondered what was wrong with the coffee, and decided he should send it back. Just as he was about to draw the attention of the waitress, ... underwent an epiphany. “It came to me in a flash and I realized what was off with the flavor: it was salty. I began to reconstruct in my mind the series of events that had immediately preceded my sip and realized that I alone was to blame.”

This realization threw ... into a moral predicament. “I wondered if I should send it back. What if the waitress asked why? Should I tell the truth and make myself look like an idiot or should I lie and say something was wrong with the coffee that was not actually wrong? What was the likelihood that I would be asked why I was sending it back?” These questions tormented ... until he settled on what seemed like an acceptable compromise. He decided to eat his breakfast slowly, and then apologize for sending the coffee back after it had become cold. His plan worked perfectly, saving ... from both potential embarrassment and the dubious ethics of criticizing food that had actually been prepared to meet his expectations.

The experience has chastened ...’s mindless eating tendencies. Now, no matter what state he is in, ... double-checks which shaker he is using when breakfasting. “I learned something important that morning. Don’t pour salt into your coffee...and if you do, don't sent it back right away.”