... is discovered to be the most effective driver according to GPS satellites and job offers come pouring in. GPS data reveals that ... is a world-class driver, ready for the race circuit. 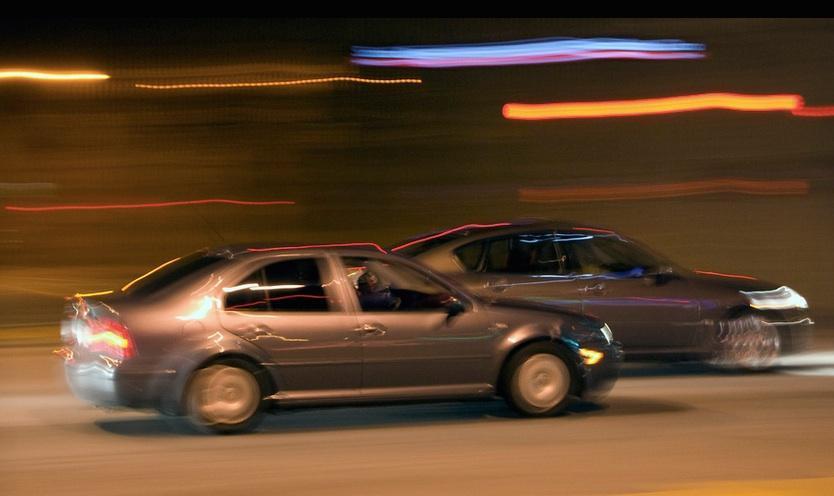 Racing fans brace yourselves for a sharp left. For years there has been little crossover between daily commuters and professional race car drivers. Never before has a contractual bidding war erupted between racing teams for an essentially unknown driver. That changes today as several top racing circuits are scheduled to each make offers to Mr. ..., who has recently been identified as a world-class driver. Unbeknownst to him, ...’s driving had been monitored by an OnStar efficiency tracking program intended to improve travel efficiency by analyzing GPS satellite data for OnStar drivers. A problem emerged however, when one particular driver began skewing the data for thousands of other motorists with his spectacular ability to maneuver and predict traffic. For a while his identity was withheld, and he was known to researchers only as Mr. Maximum Efficiency.

Today we know this person to be .... This discovery has opened several unexpected doors for Mr ... who remained humble in the face of his greatness: “I always thought I was a good driver, but this is a real surprise”. The surprise he refers to is the avalanche of job offers that have come his way since this news broke.

The first proposal involved ... appearing in a car insurance commercial. A representative with a major firm explained the move saying, “with the glut of animated insurance salespeople out there we thought we could distinguish ourselves by showcasing a truly great non-professional driver”. This first offer brought national attention to Mr ... and soon other offers came rolling in.

Next to come to the table were two Hollywood executives planning to shoot a blockbuster driving film. While the leading man and casting had already been finalized, the executives believed that if ... was as good as advertised they would hire him to perform even more incredible stunts and would rewrite their script to showcase him in a high risk chase. ... says she never expected to feature in a film. “Deep down we all want to be movie stars but I never in a million years imagined that my day-to-day driving might land me in a big-budget car chase sequence”.

Of course, the only thing more extreme than racing in the movies is racing in real life. Exclusive racing circuits saw in ... the opportunity to add new talent to their rosters. It is expected that several formal contracts will be offered to ..., most notably ones with NASCAR and Formula 1. Both parties have announced their interest and will be presenting Mr ... with potential terms of employment. Regardless of which division he chooses to participate in, if any, Google maps has stepped forward and said that they are enthusiastic to sponsor any team ... works for: “We are in the business of getting from one place to another in the best way possible. Mr. ... is naturally someone who we want to support and who can help promote our brand”. With so many dazzling options before her, ... is truly living in the fast lane.