In a move that few could describe as surprising, Time magazine has named ... Person of the Year. 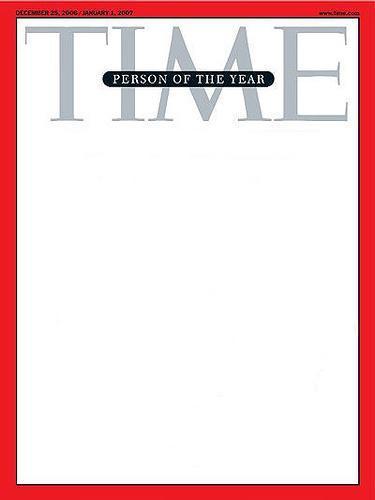 ... will grace the iconic front cover of the periodical, and will be featured in a detailed profile of his childhood, rise to prominence, cultural significance, and legacy for the ages. Unlike previous years, ...’s selection has generated little controversy. For once, Time editors, readers, and the general public are in consensus: ... is without question the most significant world figure today. Amidst a short-list of scientific, artistic, and humanitarian luminaries, political heroes and villains, ... stands out as the most influential person for whom the year will be remembered.

In many ways ...’s selection is a recognition of his rare ability to combine greatness, humility, intellect, and a talent for delivering his message of hope to the masses. A number of world leaders have even gone so far as to compare him to Nelson Mandela, Ghandi, Alfred Nobel, and Mother Theresa. ...’s singular abilities were obvious from a young age, a point established throughout the Times profile in its interviews with family, friends, teachers and colleagues. Nevertheless, this precociousness only hinted at the slightest glimmer of his future stardom and the truly extraordinary achievements that have catapulted ... into world celebrity status this past year. As one world leader put it, “When ... speaks, the world listens.” Dos Equis spokesperson, the most interesting man in the world, reacted immediately to the news, “I don’t always concern myself with Time magazine person of the year selections, but when I do, I buy the one with ... on the cover," adding that, "If ...’s life continues to captivate the world spotlight, Dos Equis may need to find a new marketing campaign.”