When ... brought home an old couch from the Salvation Army, he had no idea that it was filled with hidden treasure. 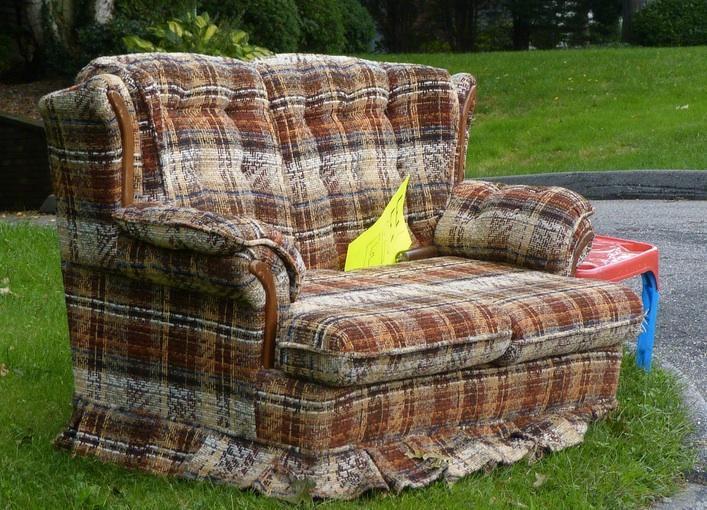 When ... needed a couch he decided to go thrift shopping. He arrived at the Salvation Army, eager to purchase used furniture that most people wouldn’t take even if they were paid to. ... found a good deal on an ugly couch, paying just $50 for the shabby furnishing. He loaded it up on the roof of his car and took it home. It was just another piece of rundown furniture in his home until one fateful night when ... got curious about the lumpy arm cushions on the couch.

In fact, the whole couch was lumpy and quite shapeless, but the arm cushions looked especially uncomfortable. ... opened the zipper and poked around inside, half expecting to find a dead rodent. Instead, he found an envelope with something inside that was covered with bubble-wrap.

After a lot of couch dismantling and screaming and shouting, he ended up with over $40,000 that had been hidden away in envelopes in various pouches, nooks and corners in the couch. ... sat before his treasure, contemplating what to do with it the whole night. He considered either saving it or splurging on everything from new furniture to shopping for clothes to going on a vacation.

However, ... was also troubled by the fact that someone somewhere was missing what was obviously their entire life savings. After sorting through all the envelopes and mess that was left of the deconstructed couch, he found a grocery receipt with a woman’s name on it.

... got hold of the woman’s number and called her. Someone else picked it up, and ... was told the woman in question was their grandmother, who had recently been hospitalized. While she was in the hospital, the family had given away her old couch to the Salvation Army, and purchased her a new one.

... now knew what he had to do, and went over to see the woman, handing over all the cash and the envelopes. The woman cried with gratitude, because the money hidden in the couch was all she had left in the world.

For ..., the whole episode was a learning experience, teaching his the value of going out of one's way to do the right thing. "Once I knew who the money belonged to, I had no choice but to return it." As for the couch itself, ... is headed right back to Salvation Army to try his odds at discovering the next junk furniture jackpot. "One man's trash is another man's treasure is pretty much the story of my life."