Presidential hopeful proudly proclaims he has no plan to fix things. 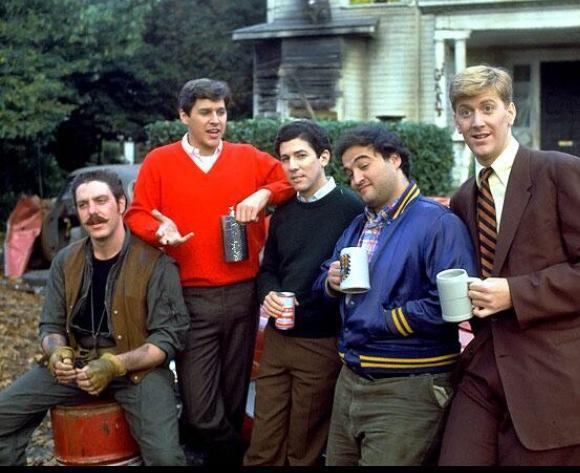 Presidential candidates are famous for soaring rhetoric about how their proposals will solve the nation's problems and improve the lives of ordinary citizens. But a dark horse candidate is garnering attention for his unique response to America's ills: do absolutely nothing.

"Let's face it, we're hopelessly screwed," said Third Party candidate .... "The national debt is never going to be paid off no matter how hard we try. The older generations gave us all these problems, so why should we be bothered with all the hard work to fix it?"

Not only is ... offering no solutions for the country's problems, he's proposing that the nation go down in a blaze of glory.

"Animal House provides a good example to follow in this situation," said .... "When the boys of Delta house were faced with expulsion, they didn't study harder and walk a straight line. They threw a huge toga party, and it all worked out in the end. I say we could do worse."

Under the ... plan, all tax revenues for the following year would be appropriated for a national party to begin the Friday before the July 4th weekend. The funds would be earmarked toward the purchase of massive quantities of food, intoxicants, hospitality tents, and other amenities. "We could have a pretty raging party with a year's worth of tax revenues," said .... "A trillion dollars would buy a whole lot of steak, ribs, top-shelf bourbon and microbrews."

Predictably, the proposal has caused a firestorm of disapproval inside the Beltway, where establishment politicians from both parties have shown a rare united front against the idea.

"This is the most irresponsible, ridiculous idea I've ever heard of," said Senate Majority Leader Harry Reid. "The debauchery ... proposes offers no real solutions to the urgent crises facing our nation. ... shouldn't even be allowed near the Oval Office in a tour group."

Despite the opposition from elected officials, the plan does have its supporters. "I'm supposed to start looking for a job next month, but that's no fun," said Keith Matta, a senior at the University of Florida. "Since I don't pay taxes anyway, this is like getting invited to an epic party that I don't have to help pay for. I have no reservations giving ... my vote."

And what does ... plan to do after the party is over? According to ..., “we will cross that bridge when we get to it.”

"The whole world looks to this country for leadership," said .... "Once we totally run out of money, all the other countries will really get serious about finding solutions to the world’s problems. We'll have to organize a big meeting to sort it all out. I'm confident someone in the room will think of something."