Another Giant Leap: NASA offers ... a Once in a Blue Moon Opportunity

Unexpectedly, a member of the general public has been selected to participate in NASA's next manned moon mission. 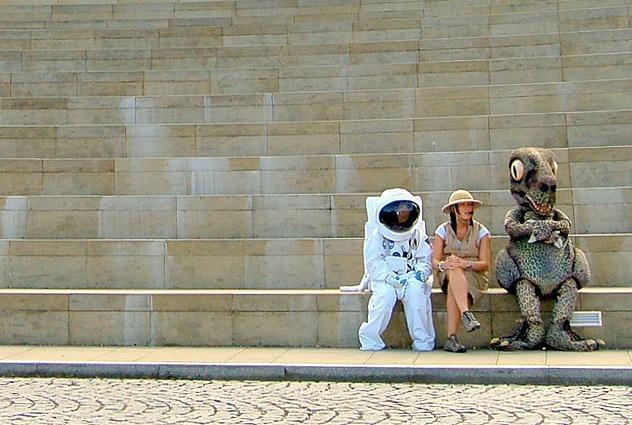 It appears that the folks over at NASA are getting creative when it comes to dealing with their strapped budget for the manned space program. Plans were announced today to send the first untrained astronaut into space. With several companies already working to pioneer space tourism, NASA has opted to beat them to the punch by opening its own doors to a civilian lacking any expertise in space travel.

The candidate, selected from a small pool, is a Mr. ..., who was chosen by NASA based off of an in-depth profile that was delivered to the space agency by chance. At the announcement press conference, a senior NASA official explained the agency’s decision saying, “Mr. ...’s profile came to us via information gathered for the NSA. Because of our similar acronyms, sometimes their information is delivered to us and vice versa. This particular profile stood out because Mr. ... displayed many tangible and intangible qualities we value out in space. He is disciplined, driven, knows when to lead and when to listen and can carry out instructions as they are delivered. We have no doubt that he will soon be acclimated to the zero gravity environment and will mesh well with other team members.”

Some insiders have speculated that this unexpected move is a last ditch promotional effort to offset the slashing of NASA’s manned space budget. NASA officials insist that this was not just a financial decision: “We need amazing people within our program and Mr. ... simply fits the bill; his skill set matches our current needs and we feel confident putting part of our important mission in his hands.”

While a full itinerary of the voyage and responsibilities has not yet been set, officials have hinted that Mr. ... would be placed in a support role and that he might be involved in the navigation of a lunar buggy since, “the controls of this device closely match many vehicles familiar to the wider public”. Mr. ... has not yet been made available for public comment, presumably because he already has access to classified information related to the space program. However, agency sources say there is a plan in place for Mr. ... to address the public at large after completing basic simulations.

In a written statement given to the press, ... thanked NASA for the consideration and opportunity. He eloquently articulated why he feels compelled to take on this challenge, “Many dream of going into space and now I’ve been given the chance to share in this supreme human dream. I hope that my experience will help raise awareness for the space program and the talented men and women who make it possible for us to touch the heavens”.

Indeed, ... has already become an inspiration for the next generation of astronauts. ...'s willingness to explore uncharted frontiers without any real preparation makes him truly worthy of the public spotlight. He is a shining example of how anybody, from any background, can truly reach for the stars.